Former India player turned commentator Aakash Chopra has said that questions might be raised if the Board of Control for Cricket in India (BCCI) is bullying other boards. He stated that because South African players have chosen IPL 2022 ahead of their national commitments as well. However, Cricket South Africa (CSA) has left it to their players to choose between the upcoming edition of IPL and their upcoming Test series against Bangladesh as well. And, they chose to play the cash-rich league instead of Tests.

In a video shared on his YouTube channel, Aakash Chopra said: “The question that stems from this is – Is club bigger than the country? The club versus country debate has caught a little fire again. Dean Elgar had said this will be a loyalty test. The question is – Is IPL bullying the other boards?”

Chopra explained: “IPL has not said anything, IPL in fact says that when Cricket South Africa gives the NOC (No Objection Certificate), they get 10% from the players’ salary. This is how the market of international cricket works.”

Meanwhile, the players like Kagiso Rabada and Lungi Ngidi will miss the Test series against Bangladesh as well. And, Aakash Chopra feels the players should not be made to choose between these as well.

“Do not make players make this difficult choice. The club versus country conflict will keep continuing, there will be different opinions on it but the fact is the players will choose IPL ahead of bilateral commitments and the boards will not be able to stop it. Let’s be honest, there are a lot of players – Lungi Ngidi, Kagiso Rabada, Marco Jansen, Rassie van der Dussen, Aiden Markram. There is nothing known about Anrich Nortje at the moment, neither is he playing for his country nor does it seem that he will play the IPL,” Aakash Chopra concluded. 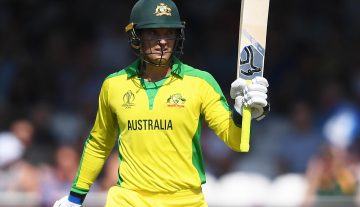