Cricketer-turned-commentator Aakash Chopra has said unlike “a lot of other industries” nepotism doesn’t have much room in cricket and sons of even the biggest legends have to back their selection with some solid performances. To prove his point, the former opener gave the example of Sunil Gavaskar’s son Rohan Gavaskar and said that the former batsman did not have a long career and even when he was selected in the team, it was because of his performance in domestic cricket.

Aakash talked about Sachin Tendulkar’s son Arjun also, saying that the 20-year-old was not being fast-tracked in the national squad just because of his father’s name and fame.

Talking about the same on his Youtube channel, Chopra said, “If you see the bigger picture, Sunil Gavaskar’s son Rohan Gavaskar should have played many ODI and Test match for India because of his father’s name and fame but it wasn’t like that. In fact, Rohan Gavaskar did not get a place in the Mumbai squad even after Gavaskar was added in front of his name, he had to play from Bengal. Same is the case with Arjun Tendulkar, he isn’t getting any access to the Indian cricket team.”

ALSO READ: Hardik Pandya Gets An Adorable Response From Her Fiance

He further added, “The selection has to be backed up by a solid performance. Once in a while it happens, an administrator’s son remained captain of his state team for years, though his batting was not up to the mark. Nepotism may happen at the domestic level but can not happen at the international level.”

Further, Aakash Chopra termed Australia’s Nathan Lyon as the better off-spinner than Ravichandran Ashwin in the longest format of the game. He stated that Lyon bowls well even on good pitches not tailor-made for spinners, while Ashwin runs havoc mostly in favorable conditions. Chopra also admitted that he is a fan of Nathan Lyon’s “body action” and the way he puts his body behind the deliveries he bowls.

Aakash explained, “I am going with Nathan Lyon, especially in the recent past. It is because I like a couple of things about Nathan Lyon. Firstly, I like his body action. He puts the body behind the delivery. And in conditions where the pitch is not tailor-made for spin, there also he does very well. If you play Ashwin and Lyon in spin-friendly conditions, say in India, Ashwin will be miles ahead. And he will take wickets quickly and consistently against any opposition team.”

Aakash Chopra also gave the reason why leg-spinners don’t get a chance in India’s Test-playing XI. He said that Kuldeep Yadav bowled beautifully against Australia in Sydney in 2019 but he did not get many chances later because Ravindra Jadeja and Ravichandran Ashwin don’t allow anyone to grab the place. 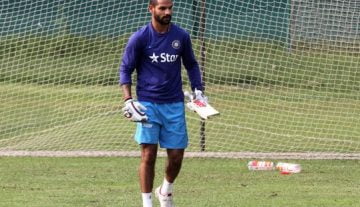