Former India player turned veteran commentator Aakash Chopra has named the players the Lucknow franchise should select before the mega auction for the IPL 2022. All eight existing IPL franchises have already shared their right to retain players prior to the upcoming auction. The two new franchises – Lucknow and Ahmedabad – can now choose three players apiece in a draft before the rest of the players go into the auction as well.

In a video shared on his YouTube channel, Aakash Chopra picked KL Rahul, Rashid Khan, and either Ishan Kishan or Hardik Pandya as the three players whom the Lucknow franchise should try as well. He said: “I am saying the three players you should pick are KL Rahul – who you can pick as your captaincy candidate, Rashid Khan as your second pick and if you can get one out of Ishan Kishan or Hardik Pandya, that will be your third pick. I am not looking towards Shreyas Iyer or Chahal.”

While choosing Pandya over Ishan, the veteran cricketer also gave reasons for not selecting Shreyas Iyer and Yuzvendra Chahal. Meanwhile, Shreyas Iyer decided not to stay with the Delhi Capitals when the franchise decided to stick with Rishabh Pant as their captain.

Aakash Chopra explained: “I am not looking towards Chahal because I am looking towards Rashid. And if you have Rahul, then you don’t need Iyer. So my dream wishlist will be KL Rahul as captain and a keeper, get Rashid Khan – phenomenal player and after that, Ishan Kishan or Hardik Pandya – Hardik Pandya might be a better choice but I will be absolutely ready to take Ishan Kishan.”

Aakash Chopra also applauded them for selecting Andy Flower and Gautam Gambhir as head coach and mentor respectively. Moreover, Gautam Gambhir led KKR twice to the IPL title as well in 2012 and 2014 and he has vast experience of T20 cricket as well.

“Lucknow is making all the right moves. Andy Flower is a proven customer if you see his coaching history. He was instrumental in the DNA change of English cricket. He was a central figure along with Andrew Strauss. Gautam Gambhir understands the game, he understands the pulse of T20 extremely well and also the IPL. In my opinion, he will have a huge say while picking the team – which Indian player to be picked, who to be picked in which slot and who to make the captain. For that, Gautam could be a fantastic pick,” Aakash Chopra concluded. 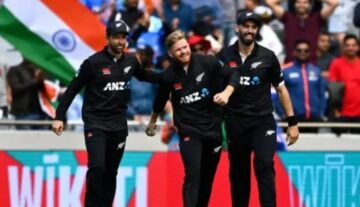