Former India opener turned veteran commentator Aakash Chopra feels that the Delhi Capitals (DC) are in a spot of concern in IPL 2022. However, he reckons things will change for them when David Warner and Anrich Nortje will join the team. They suffered a 14-run defeat against the Gujarat Titans (GT) despite going on comfortably but lost the plot after Rishabh Pant’s dismissal.

In a video shared on his YouTube channel, Chopra said: “The Delhi Capitals are in dire straits. Things might change once David Warner and Nortje come but at this point in time, few positives but not a lot of them, unfortunately. It seemed they will win the match till the time Rishabh Pant was at the crease. Actually, they should have won the match, you had Rovman Powell and Rishabh Pant. Prithvi Shaw has gotten out twice while playing the pull. Hit the ball along the ground, why are you hitting it in the sky?”

Aakash Chopra again added: “Mandeep Singh has played 100 matches, you expect him to score more runs. Tim Seifert has gotten dismissed for low scores in two consecutive matches. Lalit Yadav batted alright although he was going run-a-ball. After that, it seemed the batting was over.”

While choosing Mustafizur Rahman and Khaleel Ahmed as a couple of positives from the game, Aakash Chopra also stated that the Delhi Capitals’ fielding left a lot to be desired as well. He shared: “Mustafizur Rahman picks up wickets, which is fantastic. Khaleel Ahmed is a huge improvement, Khaleel is bowling really, really well. The fielding was also not that good, they dropped a couple of catches else Shardul and Axar might have also had wickets in their kitty.” 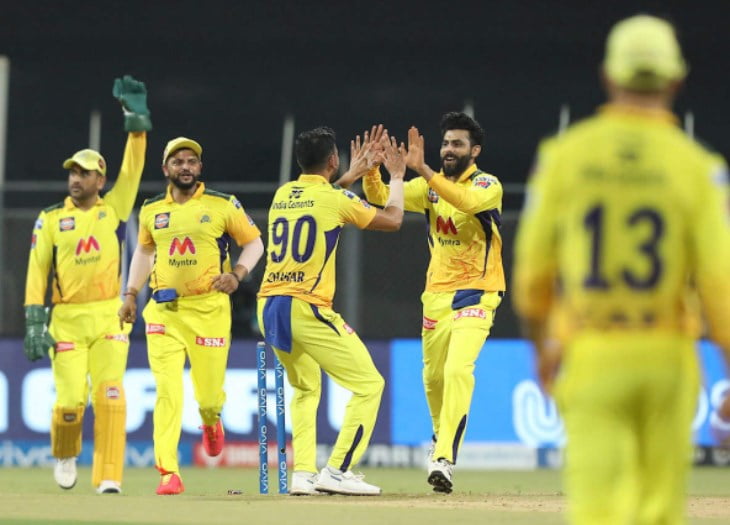 However, the veteran has also added that Chennai Super Kings (CSK) captain Ravindra Jadeja needs to take more responsibility with the bat and he should come higher up the order as well. While talking about CSK’s bowling, Chopra stated that they have some massive issues in the bowling department.

He added: “Ravindra Jadeja needs to bat higher in the order. He came in too late in the last match. He can definitely bat higher than that. He can bat ahead of Shivam Dube. Of course, Dube did some score some runs. If you look at their batting order, they have Jaddu, Dube, Moeen Ali and Ambati Rayudu. The batting is looking okay apart from runs not coming from Ruturaj Gaikwad. Even in the last game, they managed to cross 200 against Lucknow.”

“The problem for CSK is actually with the bowling. They really need to do something about it. In fact, I feel, even if they bowl first with a dry ball, their bowling will still be weak. There is no pace, bounce or swing – be it Tushar Deshpande or Mukesh Chowdhury. Even Dwaine Pretorius and Dwayne Bravo are not gun T20 bowlers when it comes to the new ball. Chennai are facing a lot of issues in this department,” Aakash Chopra concluded.