The 15th edition of the Indian Premier League (IPL) will be 10 teams affair. Ahead of the IPL 2022, a mega auction will take place on February 12 and 13 in Bengaluru. The 10 franchises, who have already submitted their final retention list before IPL 2022, will look forward to buying the skilled players to their squads as well.

And, Aakash Chopra on his YouTube channel said, “Odean Smith – I feel he has become a half-a-million-dollar player. He has already become a 4-5 crore player because all teams will run after him. Overall, the skillset with which he is coming, in the IPL mega auction, he will get a lot of horns blown. He bowls, Rishabh Pant and Kohli dismissed in one over and he would have got Rahul as well, and then came to play the big shots.”

Odean Smith has played in the second ODI against India at the Narendra Modi Stadium in Ahmedabad. Smith bowled seven overs and managed to remove Virat Kohli and Rishabh Pant in his single over as well. The fast bowler has ended with figures of 2/29 with an economy rate of 4.14. Later during the West Indies batting innings, the bowling all-rounder also managed to score 24 runs from 20 balls which also included one four and two sixes, before getting out to Washington Sundar. 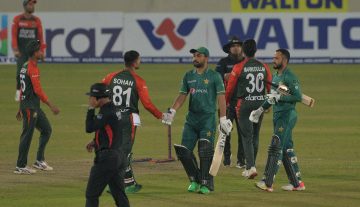