Former India cricketer Aakash Chopra said that the Mumbai Indians (MI) are in trouble in terms of their qualification for the IPL 2021 playoffs. The Mumbai Indians have suffered a 20-run defeat to Chennai Super Kings (CSK) in the first match of the second phase of IPL 2021.

Mumbai has now eight points from as many matches and they need to bounce back in winning so that they could reach the playoffs. While reviewing the match in a video shared on his YouTube channel, Aakash Chopra elaborated: “The problems have increased a little for the Mumbai Indians. Rohit Sharma was not there, Hardik Pandya was not there. I mean what is happening? I have become a little disappointed in these COVID times, the information does not come from anywhere. You don’t come to know why someone’s name is not there, who is fit and available.”

He continued: “No one told why Rohit was not there. They were saying there is some niggle in the leg which happened in the fourth Test match and has not yet healed. No one knows what is the problem with Hardik Pandya. It was heard that he is batting but not bowling, and batting very well. But then he didn’t turn up.”

On the other hand, all-rounder Hardik Pandya’s absence has also raised doubts about his availability for Team India at the upcoming T20 World Cup as well. Aakash Chopra also opened up that the Mumbai Indians will not qualify for the knockout stages unless their regular captain Rohit Sharma and Hardik Pandya are back in action.

He shared: “They have four wins and as many losses in eight matches. They need to win four out of the remaining six, you can qualify with three as well. But it is not going to happen without Rohit Sharma and Hardik Pandya’s availability because neither Ishan Kishan nor Surykumar Yadav has scored runs this season.”

“If your main players are not scoring runs, it is absolutely mandatory for Rohit Sharma and Hardik Pandya to come. If that does not happen, Mumbai might struggle to qualify, they can get stuck,” he concluded. 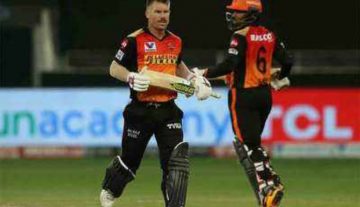