The Aussie skipper, Aaron Finch reckons that Team India is a good quality ODI squad to replace a great batsman like Rohit Sharma, who is back home nursing a hamstring injury. Rohit, who got injured during the IPL 2020, is only expected to feature in the Test series starting December 17. The in-form Mayank Agarwal can be expected to open the innings with Shikhar Dhawan in Rohit’s absence in the ODI series beginning Friday.

In a virtual media interaction ahead of the series opener, Finch said, “He is obviously a great player and someone who has had quite a bit of success against us in the past. It (Rohit’s injury) is unfortunate. You want to play against the best players all the time but whoever he is going to replace, possibly Mayank, he has been in great form as well. So you take away a lot of experience but you also bring in another quality player.”

ALSO READ: KL Rahul Is Aware Of The Responsibility After The MS Dhoni’s Retirement

The Australian skipper, however, is very satisfied with the Australian team despite the absence of injured all-rounder Mitchell Marsh. Finch had the luxury of three all-rounders — Marsh, Glenn Maxwell and Marcus Stoinis — in the last series they played in England.

With cricket being played in a bio-secure environment due to the COVID-19 pandemic, Finch also spoke on the importance of looking after the players and managing their workload, especially the bowlers.

Limited number of fans will be allowed into the stadium for the entire series against India comprising ODIs, T20s and Tests. Finch is excited about seeing some crowd in the stadiums.

Talking about the same, Aaron Finch said, “Yes, absolutely, I think the last time we played in front of the crowds in Australia, was a long time ago, so the boys are excited and there has been a huge round of work that has gone on to allow that happen…the public, the amount of effort that people of every state have done to help the coronavirus get under control in each state, so we are really excited, we know how much great atmosphere it is going to bring…” 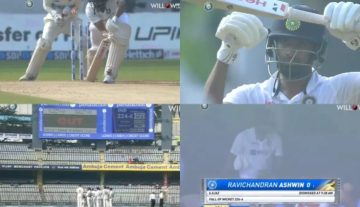