Former South Africa skipper, AB de Villiers has expressed his desire to play for the Proteas again, this time in the upcoming T20 World Cup. Almost a month ago, newly-appointed South Africa head coach, Mark Boucher stated that he would not shy away from talking to De Villiers about a potential return to international cricket.

Last year too, ABD had expressed his desire of playing in the World Cup but the South Africa team-management decided not to call him back. South Africa had a disastrous campaign as they bowed out of the competition at the league stage. The right-handed batsman had announced his retirement from international cricket in 2018 owing to workload.

Since then, De Villiers has continued playing in T20 leagues across the world. On Tuesday, he made his debut in the Big Bash League  (BBL) while playing for Brisbane Heat. Talking after the match, he said, “I would love to. I’ve been talking to ‘Bouch’ (Mark Boucher), (new director of cricket) Graeme Smith and (captain) Faf (du Plessis) back home, we’re all keen to make it happen. It’s a long way away still, and plenty can happen – there’s the IPL coming up, I’ve still got to be in form at that time.”

With a number of former players in the Cricket South Africa setup, AB de Villiers reckons that communication with the board has become easier now. His comments also made it more or less clear that the possibility of a sensational return to international cricket seems more feasible.

ABD further added, “There are a lot of players (involved with CSA) who I used to play with. So it’s much easier to communicate than what it used to be in the past. They understand what players go through – especially players that have played for 15 years internationally.”

ALSO READ: Sourav Ganguly Feels Being A Player Was Tougher 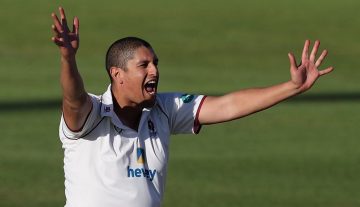