Predictions are often made in cricket. Sometimes they fit well, often they are also wrong. But sometimes it happens that predictions are made and in a short time they come true. Former South Africa captain AB de Villiers made some educated guesses about a player and it turned out he was right.

However, ABD had made this guess about another player and he did. We are talking about the South African fast pitcher Kagiso Rabada. Actually, a three-Test series between England and South Africa is currently being played.

The first match of the series will take place on the historic Lord’s ground. England batted first in this match. Shortly before kick-off, AB de Villiers made the prediction, writing on Twitter that there is nothing like cricket.

Nothing like Test Cricket!! Great morning for SA💪
Rabada my pick for 5 this afternoon

Today Kagiso Rabada can take five wickets. Kagiso Rabada did exactly that. England went out early for the first time. England batsmen were only able to score 165 runs in the first innings and the team returned to the pavilion in 45 overs. At the same time, Kagiso Rabada took the most five wickets on his behalf. He completed half of England’s innings with 52 runs from 19 overs.

For England, only Ollie Pope was able to fight for a while and he played the highest innings of 73 runs for his team. Kagiso Rabada took the wickets of the likes of Alex Lease, Jack Crowley, Ollie Pope, Stuart Broad, and James Anderson. As soon as Rabada completed five wickets of his, this AB de Villiers tweet went viral with some fans even declaring him a prophet. 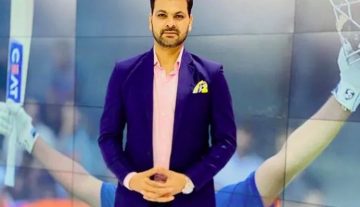