Abhimanyu Mithun became the first bowler from Karnataka to take a hat-trick in the Vijay Hazare Trophy when he dismissed Murugan Ashwin on the penultimate delivery of the final in Bengaluru. He also became only the 2nd player with hat-tricks in both Ranji Trophy and Vijay Hazare Trophy as well.

Abhimanyu Mithun finished with the figure of 5 for 34 and helped Karnataka restricted Tamil Nadu for 252 in the Vijay Hazare Trophy final at the M Chinnaswamy stadium on Friday. Abhinav Mukund’s well-made 85 and Baba Aparajith’s 66 made the foundation for the visitors as both of them added a brilliant 124 runs for the 3rd wicket stand.

A Hat-trick for Abhimanyu Mithun in the final over, becomes the first Karnataka bowler to take a hat-trick in #VijayHazare Trophy.
Tamil Nadu bowled out for 252 in 49.5 overs#KARvTN @paytm pic.twitter.com/A17K50jAxW

Earlier in the day, Karnataka captain Manish Pandey won the toss and opted to field first on a pitch that helped the fast bowlers. Mithun struck early in the game and dismissed Tamil Nadu opener, Murali Vijay. Vijay hit a length ball outside off and KL Rahul did a great job behind the stumps to dismiss TN opener on a duck. Later, Mithun dismissed Vijay Shankar as the Tamil Nadu all-rounder was caught out by Karun Nair for mere 28.

In the last over of the innings, the speedster dismissed Shahrukh Khan (27), M Mohammed (10) and Murugan Ashwin (0) to register his hat-trick and restricted the visitors in the crucial finale for mere 252. Eventually, Karnataka won the title with the back of the good all-round show. 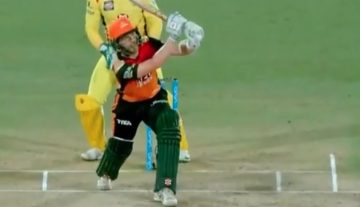