Former Australian gloveman Adam Gilchrist revealed in a recent interview said that he feels that Steve Waugh and MS Dhoni were the two perfect captains.

In an interview with India Today, Gilchrist said, “I will give two answers, one from having played underneath and I think Steve Waugh is right there and I perceive MS (Dhoni), one having not played underneath.”

Praising Dhoni further, he added, “MS I feel, apart from being a wonderful batsman, wonderful wicket-keeper and a great leader, his greatest quality that I have observed is his calmness under pressure. Of course, he is Captain Cool, his calmness under siege or even when things are going well. Such is the passion for cricket in this country that exuberance can spill out of control and you can lose track of things but his calmness in any moment, he is able to bring consistency in emotion and that is admirable.”

When asked about whom he reckons as the perfect ODI player in the current era, Gilchrist replied, “I think Virat Kohli (perfect ODI player) at the moment. He is unstoppable. AB de Villiers comes to mind (for a perfect T20 player) but I suppose you have to think more all-around so, a guy like Kieron Pollard is pretty really handy.”

Addressing the Kohli-Kumble debacle that emerged a few months ago, Gilchrist said, “I can only speak from my personal experiences in the teams I have played in. Clearly, in that example, Virat is extremely comfortable with Ravi (Shastri) and vice versa and so, they are obviously a good match. Clearly, that wasn’t the case with Anil (Kumble) and Virat. I have no idea and don’t have the desire to get into the details of that but that wasn’t an ideal situation.” 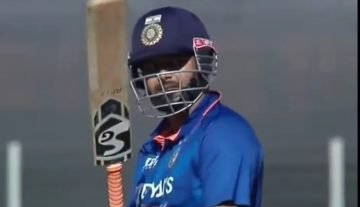