Afghanistan made their debut in the longest format of the game on Thursday against the World number 1 side India in Bengaluru. One of the prerequisites for them to play Test cricket was to maintain a fitness of a different level in order to cope with the requirements of the five-day cricket and the visiting team was given a dietary plan with three different menus to have during the Test match.

Karnataka State Cricket Association (KSCA) has been given the three different menus and have been told to strictly serve one of them only to the Afghanistan team according to the reports in IB Times. Chicken, Mutton, and Fish are part of the menu and one of the three will be served at the lunchtime during the Test match.

Some of the instructions to the chef read: “All the meat and chicken used in preparation should be Halal. Very little oil should be used in the preparation. Reduce the number of spices and salts used in meals, especially at lunchtime.”

It remains to be seen if they will be able to embrace the stern lessons in the Test cricket going forward in the near future. Currently, the Afghanistan team is following on in the Test match with trailing by more than 300 runs in the second innings and six wickets in hand.

Throughout the day during the Test match 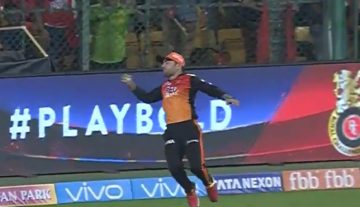