The Pulwama attack in Jammu and Kashmir, where more than 40 Indian CRPF Jawans lost their lives, has left the entire the country in anguish and anger. People are not only mourning the death of the brave soldiers but also coming forward to help their families. In this moment of tension between the neighboring countries, the people and the government of India are protesting against the terrorist attacks. While former Indian opener Gautam Gambhir suggested that India should reply to Pakistan after the attack directly in the battleground, here’s how his Pakistan counterpart Shahid Afridi reacted on being asked about the same.

After the attack, Gambhir tweeted, “Yes, let’s talk with the separatists. Yes, let’s talk with Pakistan. But this time conversation can’t be on the table, it has to be in a battleground. Enough is enough. 18 CRPF personnel killed in an IED blast on Srinagar-Jammu highway”. His tweet was clearly impersonating his anger with all that has happened.

Yes, let’s talk with the separatists. Yes, let’s talk with Pakistan. But this time conversation can’t be on the table, it has to be in a battle ground. Enough is enough. 18 CRPF personnel killed in IED blast on Srinagar-Jammu highway https://t.co/aa0t0idiHY via @economictimes

A video has surfaced online where Afridi has been asked about Gambhir’s ‘battlefield’ take on the subject. In the video, Afridi seems to be heading back after a match in the PSL for Multan Sultans. As the reporter asks him about his take on Gambhir’s tweet, the veteran all-rounder reacted saying, “Kya ho gaya usko?” Here’s the video of the same:

Afridi decided not to react much on the as he refrained from giving a proper reply on the matter. Both Gambhir and Afridi have had been at the loggerheads on numerous occasions on and off-field tussles, including certain political matters.

Meanwhile, Gambhir has continued to voice his opinions on the matter on social media, suggesting further course of action that can be taken. He has even pledged to stand shoulder-to-shoulder with the army in this fight.

On Sunday, the Cricket Club of India secretary Suresh Bafna has requested the BCCI that India should not play against Pakistan in the upcoming ICC 2019 World Cup in the wake of the Pulwama terror attack. 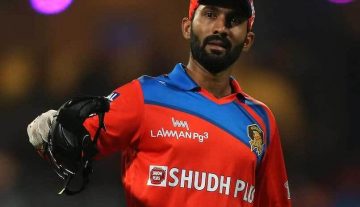