The world’s biggest cricket stadium, which will be having the capacity to accommodate 110,000 spectators, is taking shape in India and is expected to host its first international match in early 2020. The new stadium in Ahmedabad in which as much as $100 million has been invested, will be having the capacity of more than Australia’s Melbourne Cricket Ground which can accommodate around 100,000 spectators.

According to reports, the Sardar Patel stadium is expected to host its first match in March which is expected to be an exhibition game between an Asia XI and a World XI as the inaugural game. The stadium will have more than 70 corporate boxes, four dressing rooms, a clubhouse, and an Olympic-size swimming pool. Its construction began in January 2017.

It will overtake Kolkata’s Eden Gardens, currently India’s biggest stadium with a capacity of 66,000 — down from 100,000 after a major rebuilding project. Recently, the Eden Gardens hosted the first-ever day-night Test in India.

The iconic stadium was jam-packed for the second Test between India and Bangladesh to witness the historic event and a number of famous personalities ranging from former cricketers, athletes from other sports and politicians were present on the occasion. Among those present on the dias with Ganguly were his former India teammate Sachin Tendulkar, Bangladesh Prime Minister Sheikh Hasina, West Bengal Chief Minister Mamata Banerjee and several dignitaries from the BCCI and the CAB. 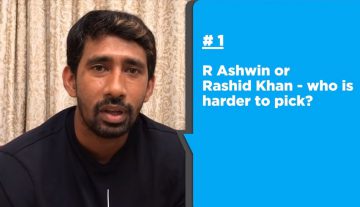