Former India wicketkeeper Ajay Ratra revealed that MS Dhoni will find it difficult to make in the Indian team setup after the postponement of IPL. He adds how Dhoni is unpredictable and it’s difficult to guess Dhoni’s future.

Ajay Ratra said, “You see, Dhoni is a very unpredictable person whom you can’t judge what’s coming next. But yes there has been a long time since he played competitive cricket. IPL 2020 seemed quite decisive for his international career.  Unfortunately, IPL getting postponed indefinitely makes it (Dhoni’s comeback) difficult but you never know with Dhoni.”

Ajay Ratra shares his thoughts on the wicketkeepers involved in the Indian team setup. He revealed that Wriddhiman Saha is too good a wicketkeeper-batsman to miss out on opportunities in overseas Tests.

“Wriddhiman Saha has a brilliant pair of hands against the spinners but if you look at his career, he has taken some spectacular catches off fast bowling as well. This means he could be equally good gloveman in the overseas conditions as well,” Ratna said.

But I believe that the team management is thinking in terms of making batting stronger overseas because conditions are tougher there. Rishabh (Pant) has done exceedingly well overseas as a batsman, ” he added.

Ratna continued with,  “Having said that, I believe Wriddhiman is also a decent batsman and he can be a part of the playing XI in overseas games. I feel that the team management should also consider playing a technically more sound wicketkeeper in overseas conditions because he too can change the course of the game with his catches and fielding. And Wriddhiman fits the bill.”

Ratna concluded with,  “As far as Wriddhiman’s batting is concerned he’s not that bad a batsman. He has three Test centuries to his name and has made vital contributions with the bat whenever needed. Therefore, I would say, Saha looks a better option in Test cricket.” 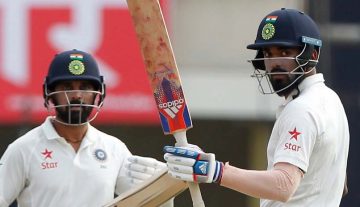