On Thursday, the Indian Premier League (IPL) trade window for the upcoming IPL season will be shutting down and the franchises are expected to bustle for acquiring the best deals possible. Two prominent transfers were executed on Wednesday involving two pacers. Left-arm fast bowler Trent Boult was snapped up by Mumbai Indians for the next season.

Boult made his IPL debut in 2014 and played for the Capitals in the 2018 and 2019 season. Boult has scalped 38 wickets from 33 games in his IPL career. Mumbai Indians, who were in the hunt for a southpaw fast bowler to complement Jasprit Bumrah was triumphant to finally end their search.

Another notable trade was Ankit Rajpoot as he will be playing for Rajasthan Royals in the upcoming IPL after a successful trade by Kings XI Punjab. Rajpoot had joined Kings XI Punjab in 2018 and has 22 scalps to his name in 23 IPL matches. He was impressive in IPL 2018 as delivered one of the best performances of his career by picking up 5 wickets while conceding 14 runs against Sunrisers Hyderabad. Rajpoot is the only uncapped player to have a five-wicket haul in the IPL.

Meanwhile, according to the reports of the Hindustan Time, Team India’s Test vice-captain Ajinkya Rahane is set to join Delhi Capitals. Rahane will bolster Delhi Capitals’ batting line-up along with the likes of Shikhar Dhawan, Prithvi Shaw, skipper Shreyas Iyer, Rishabh Pant and Hanuma Vihari. Rahane has delivered consistent performances in his IPL career, scoring as many as 3820 runs in 140 matches at an average of 32.93.

With Aijnkya Rahane’s inclusion in the Delhi Capitals’ batting line-up, the franchise is expected to let Hanuma Vihari go. Vihari could emerge as one of the two players to be traded to Rajasthan Royals. Delhi has also have traded Ravichandran Ashwin from Kings XI Punjab while letting go of Sherfane Rutherford to Mumbai Indians. Delhi has certainly been successful to execute some impressive trades ahead of the IPL 2020.

The trading window is slated to end on November 14 and the franchises involved finalizing the trades. The list of released and retained players will be announced on November 15. 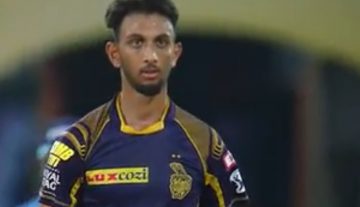