India’s stand-in captain, Ajinkya Rahane not only led the team to a series leveling win in the Boxing-day Test of the series against Australia on Tuesday but also joined an elite list after his batting masterclass. The middle-order batsman added another feather to his cap when he got his name was engraved on the MCG Honours Board for the second time, after he scored a phenomenal century in the first innings of the second Test.

Following a batting masterclass in the Boxing Day Test against Australia, #TeamIndia captain @ajinkyarahane has his name engraved on the MCG Honours Board for the second time,” Indian Cricket Team captioned the video on Instagram.

AjinkyaRahane said: “Character was important for us, especially after losing Umesh in the second innings. That (five-bowler plan) worked well for us nicely. We were thinking of having an all-rounder and Jadeja has been brilliant for us.”

While Gill didn’t put the stands on fire, he definitely weathered the fire thrown at him by the duo of Mitchell Starc and Pat Cummins. And Rahane was quick to point out how the youngster stood tall. He also praised Siraj for standing up and getting counted, especially with India missing Umesh in the second innings.

Ajinkya Rahane elaborated, “Shubman, we all know his first-class career and in this game, he has shown the intent to play shots at this level. Has shown composure. The talk was all about showing the attitude and intent on the field. As I said, character. Adelaide was about one hour that took the game away from us. Lots to learn for even now. Australia applied themselves with their last five wickets.” 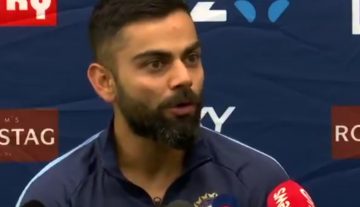