The deputy Indian skipper, Ajinkya Rahane, opener Rohit Sharma, and the fast bowler, Shardul Thakur on Tuesday flew from Mumbai and arrived in Chennai ahead of the first at MA Chidambaram Stadium from February 5. The players had to go directly to the hotel where the members of the two teams will be kept as part of the bio-bubble, Indian squad’s local liaison officer had informed the new agency PTI.

Other players from both teams including Virat Kohli and Joe Root are expected to arrive in the city on Wednesday. The English cricketers, Ben Stokes, Jofra Archer, and Moeen Ali are already under quarantine in the city.

The players from both the teams are required to undergo six-day quarantine in the bio-bubble at a hotel as part of protocols and will undergo Covid-19 testing, a Tamil Nadu Cricket Association official told PTI.’ Members of the two teams will be put up at Hotel Leela Palace along with match officials.

They will be under quarantine for six days and are likely to start practice from February 2,’ the official said. India and England will play the first 2 Tests in Chennai before traveling to Ahmedabad for the last two Test matches.

ALSO READ: Ajinkya Rahane Feels He Is The Deputy Of Virat Kohli In Test Cricket 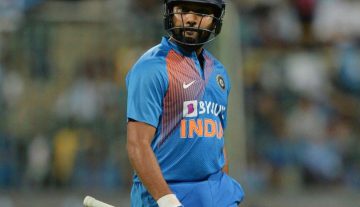 News
By CricShots - Nov 19, 2019
Rohit Sharma To Be Rested For Windies Series?