Former India batter turned commentator Akash Chopra has applauded Suryakumar Yadav, saying that the year belonged to him. However, he is the only Indian batter to be nominated for the ICC men’s T20I cricketer of the year award as well. While speaking on his Youtube channel, Chopra shared that while most of the Indian batters struggled, Suryakumar Yadav managed to do well.

“This year belongs to Suryakumar Yadav. This year hasn’t been good for Team India, considering what happened at the Asia Cup and the T20 World Cup. Suryakumar was still able to shine brightly,” said Chopra. “He has performed brilliantly, managing to claim the top spot in the ICC rankings for batters. For me, he has been the best T20I batter of the year. His record has been incredible. The manner in which he has batted is absolutely stellar.”

Aakash Chopra has also opened up about former India skipper Virat Kohli, saying that he struggled for form throughout the year and put up some poor shows as well, including in the IPL but turned his form around at the T20 World Cup and did well for Team India as well.

“Nobody would have imagined that Virat Kohli would find a place on this list. He struggled for form, and his performances were quite underwhelming in the IPL too. Everything was going wrong for him. However, he was able to turn things around. He was outstanding during the T20 World Cup. The pitch was quite challenging against Pakistan and England, but he still managed to score,” stated Aakash Chopra.

“Going by the stats, Babar Azam should be the No.5 but I am not including him in my list. He has scored 735 runs in 26 matches and his average is only 32 and strike rate merely 123. Sorry! but I can’t take him in my team. I am including Devon Conway’s name instead at his place. Conway’s numbers in T20Is in 2022 are unbelievable, had he played more matches in the format this year, he would have overtaken SKY(Suryakumar Yadav) to claim the top position,” concluded Aakash Chopra. 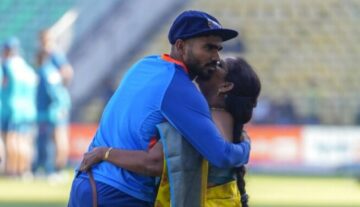