Former England captain Alastair Cook has recently said that it would be better to host a full season of county cricket next year instead of curtailing the league this year due to the novel coronavirus pandemic. The county season was scheduled to start on April 12 but the England and Wales Cricket Board has postponed this and as per the rule, there will be no cricket before May 28 due to the pandemic, that has left the world into a standstill. The postponement will see the first seven rounds of the competition have already been done.

“In this year, over the next six months, the bigger picture is the most important,” Alastair Cook told ‘BBC Radio 5 Live’.

“Whatever happens, if we do play any sort of cricket which hopefully we will, what I hope is that they don’t try and have a six-game County Championship or something like that,” he said.

Cook, who was part of the Essex team that won the title in 2017 and 2019, said he would prefer to have a full season next year instead of a truncated one this year.

“I would rather have one or two full tournaments, because if you do then play that tournament or two tournaments, it is so much more rewarding to win it. If there is not time for a meaningful County Championship, say (you can only play) three or four games, there is probably not much sense us having it,” Alastair Cook further added.

Earlier, Essex’s chief executive Derek Bowden had also said that “there is an opportunity to be creative with the schedule”.

“Essex could play Kent, Middlesex and Surrey, while Yorkshire could play Lancashire, Durham and one other team, maybe Nottinghamshire,” he further added. 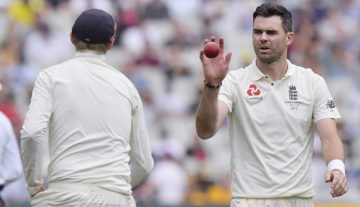 News
By Aditya Pratap - Jan 8, 2018
Anderson urges not to tamper with this progressive team