Since the ball-tampering scandal, Australian head coach Darren Lehmann has not spoken anything about that. It is expected that he will talk about the whole matter soon after the CA verdict which has just come in. While many experts are blaming Lehmann for this incident, former Australian captain Allan Border comes to support him.

The deliberate ball-tampering saga has shaken the Australian cricket team. The news has just come in that the Aussie trio (Steven Smith, David Warner and Cameron Bancroft), who were directly involved in that ball-tampering scandal, have faced a huge suspension from CA (Cricket Australia). While Smith and Warner have been suspended for one year, Bancroft has faced nine months bans from the Australian cricket.

It is now expected that anytime the Australian head coach Darren Lehmann can break his silence on that serious issue.

Many experts are blaming Lehmann as they believe that Lehmann was the part of the leadership group and he knew everything about that. On the other hand, some experts are backing him.

Recently, former Australian world cup winning captain Allan Border (1987 World Cup) comes to support Lehman. The 62-years old told Fox Sports News, “We’re talking about one of the good guys in Australian cricket. He’s done a fantastic job with that team and if he wasn’t aware of what was going on, there’s no problem at all. If (CA’s) integrity officer has been through and interviewed people and he’s satisfied that Darren Lehmann didn’t know specifically what was going on at the time, I’m very relaxed. That’s a good news item, isn’t it, not the other way.”

Border also said that it is not just the ball-tampering incident, the Australian cricket team is suffering heavy criticism due to they have not a good relationship with the cricketing world.

Border said, “I think this goes a bit deeper than just straight out ball-tampering. The Australian cricket team itself is not a popular cricket team and a lot of their antics on the field have upset a lot of people. And anyone with axe to grind has an opportunity now to stick the knife in.”

Border further spoke out about Lehmann by commenting, “Is Darren Lehmann involved in that? Yes, he probably is. He has to have a long, hard look at the portrayal of what the Australian cricket team is all about and how it’s perceived. He’ll have to take stock of all of that. He’ll be under a lot of pressure as far as that’s concerned. But the ball-tampering situation, he didn’t know anything about that and he’s got things to do going forward.” 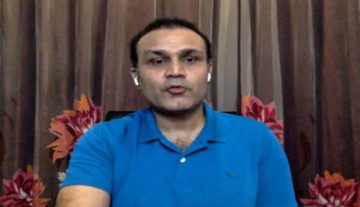