India’s 15-member squad have been announced for the upcoming ICC World Cup which surprised many and the talks are also going on since then. While many think Vijay Shankar’s selection in the team is appropriate, some think Ambati Rayudu would have been fit in the No.4 position. Former India cricketer Syed Kirmani is one of them. He thinks Rayudu should bat at No.4 for India. His first choice is Kedar Jadhav but Jadhav is currently injured and his future is still uncertain after getting injured in the shoulder while fielding during a game in the recently concluded Indian Premier League (IPL).

However, Syed Kirmani said if Kedar Jadhav fails to qualify for the World Cup, he would go for Ambati Rayudu in the position. Moreover, Ambati Rayudu has been named as one of the standbys.

“Just one thing that would have been different in my squad would have been the choice of Rayudu ahead of Vijay Shankar. I would not play Shankar at number four in the World Cup. My choice for that spot would be Jadhav if he is fit and if he is not it has to be Rayudu,” Syed Kirmani wrote for Times of India.

“The flipside of the IPL has been the possibility of Kedar Jadhav missing out because of an injury. It would indeed be a sad moment if Jadhav would miss out. He has been an asset in the last two years in the 50-over format,” he further added.

Kirmani has also shared that he is confident that the Indian team will do well in the mega event. Though they have not played any International cricket since March. On the other hand, England is currently playing the One Day International series against Pakistan. However, the former wicket-keeper batsman shared that even though India players have recently played in a T20 League, that wouldn’t affect their performance. 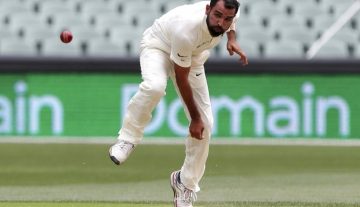 Article
By Shruti - Nov 20, 2019
Mohammed Shami Shares His Plan for the Pink-ball Test