While the SC-appointed Committee of Administrators (CoA), leading by Vinod Rai, has decided to halt the upcoming BCCI’s Special General Meeting (SGM) that has been scheduled on June 22, the BCCI’s interim secretary Amitabh Chaudhary has written a strong letter to CoA members Vinod Rai and Diana Edulji for not to prevent the SGM.

Chaudhary wrote on that, “The notice of the SGM to be held on 22.06.2018 has been issued not at the behest of the office bearers as is perhaps the understanding of the Committee but has been issued being bound under the Rules and Regulations of the BCCI, consequent upon the requisition of the member associations who constitute the BCCI and once the requisite number of members’ requisitions is received it is the will of the members that has to prevail and not that of the office bearers or even of the Committee.”

The interim secretary also mentioned the rules and regulations to conduct an SGM.

He pointed out, “As per article 17 i) A Special General Meeting may be convened by the Secretary (a) on a directive of the President, b) on a resolution of the Working Committee, c) on a requisition signed by not less than 10 Full Members specially stating the business to be transacted at such Meeting. No business other than the one for which the Special General Meeting is called will be transacted at such meeting.

Chaudhary also mentioned that SC has only asked the CoA to supervise the daily work of BCCI and not to prevent in the policy-making.

He finished with, “Once the members who constitute the very Board have decided to meet, there is nothing in the Rules of the BCCI that can prevent the meeting from being held.

A mere perusal of the agenda listed in the notice shall make it evident that the issues enlisted therein are matters of paramount importance to the policies and the working of the BCCI and the conduct of its affairs in future and to the best of my information there is no order from any court of law which prevents the General Body from discharging its duties provided under the Rules and Regulations of the BCCI.” 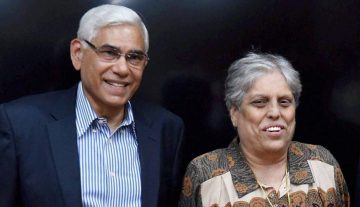 News
By Sandy - Jan 15, 2019
Differentiation In CoA Creates Uncertainty Over The Future Of Pandya And Rahul