Playing his first match of Pakistan Super League (PSL) 2021, Quetta Gladiators’ all-rounder, Andre Russell was struck on the helmet while batting and later replaced by fast bowler Naseem Shah under the concussion-sub rule at the innings break. The decision to replace the allrounder with Naseem did not seem to go down well with Islamabad United.

United’s skipper, Shadab Khan could be seen talking to umpire Aleem Dar before the second innings began. During the first over of the second innings, Andre Russell was stretchered out from the dressing room to an ambulance. He had suffered a massive blow on his head in the 14th over of Gladiators’ innings.

During his brief knock, Andre Russell had smashed a couple of sixes off Muhammad Musa in that over before he was slow on a pull shot to a bouncer from the pacer. After being struck, Russell was checked by a physio and he was later allowed to continue batting, although he was out next ball, caught at third man.

The rules on concussion substitutes state that any concussed player can be allowed to be replaced by someone outside the XI, as long as the match referee agrees that the incoming player is a like-for-like replacement. Although Russell is a pace-bowling allrounder and Naseem is a specialist pacer, the decision to allow Naseem as a replacement might have been based on Russell’s inability to deliver four overs in Gladiators’ bowling innings.

Naseem was then seen opening the bowling for Gladiators but, defending 133, conceded four fours in a 19-run first over. Gladiators went on to lose inside 10 overs, the first time in PSL history a side has won by the halfway mark. This was Gladiators’ first match after PSL 2021’s restart in Abu Dhabi. 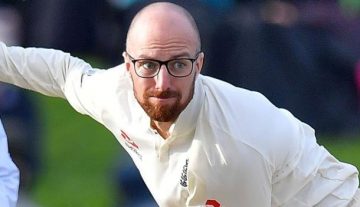