Bengal coach Arun Lal, who has recently defeated a life-threatening disease like cancer asserted that he will not remain confined in his room just to follow the SOPs issued by the BCCU for the domestic teams. He, in fact, gave teh example of Prime Minister Narendra Modi as to how he at his age is running the country.

During a recent chat with PTI, Arun Lal said, “The Prime Minister is 69 and he’s running the country in these times. Don’t expect me that I’m 65 years old, so I will lock myself in a room for the next 30 years. This does not happen like this. I will take precautions like everybody else — social distancing, hand washing, sanitizing, mask-wearing all that I will do. But I will not quarantine myself just because I’m 60-plus. The virus does not know the difference between 59 and 60.”

The hero of Bengal’s Ranji Trophy triumph in 1989-90, Arun Lal was diagnosed with a rare type of salivary glands cancer four years back, but he got completed cured of the disease and gained abundant hope in the process. He also explained that there’s no news of him being discontinued. Reacting to the advisory, Lal said it could be temporary and according to the situation, things will definitely change.

Lal said, “An advisory can change, in fact, it itself says it can change and it’s temporary. The situation is so fluid and uncertain, nobody knows about tomorrow. We will wait and see how it pans out. It also discourages and there’s no binding on it.”

Bengal coach said the players are all pumped up for the upcoming season and waiting for the resumption nod from CAB. Meanwhile, CAB president Avishek Dalmiya also hoped that BCCI’s SOP was of “temporary nature” and maybe “amended”.

Dalmiya said, “It is presumed that the restrictions for individuals above a certain age or with underlying medical conditions mentioned in the advisory is of a temporary nature considering the current situation and taken in the interest of persons beyond a certain age for their safety.” 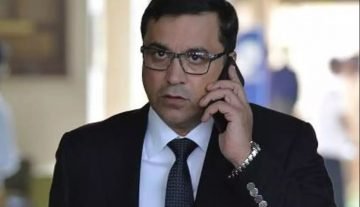