Experienced Australia pace bowler Josh Hazlewood is not sure for the upcoming fourth Ashes Test against England starting from January 5 at Sydney. However, he has a “slight tear” in his rib cage muscle and that might keep him away from the game as well. Hazlewood, who had scalped three wickets in the first Ashes Test against England, which England lost, has missed the second and third Tests in Adelaide and Melbourne respectively, due to his injury which was thought to be a “side strain” earlier. 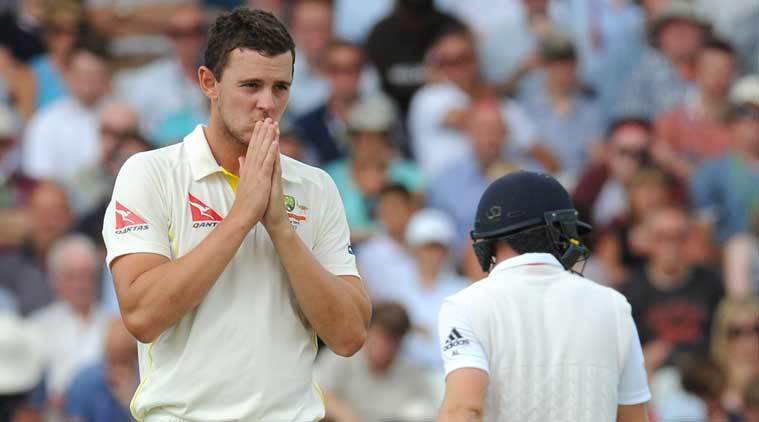 “I’m still a little bit away, (this Test) is probably a week early,” Josh Hazlewood told SEN. “We’re still not sure, we’re going to take this week as it comes and likely have a bowl on Day 3 or Day 5, see how that goes and then build up from there. The workloads are still there from the first Test, but obviously I haven’t had a bowl in 10-12 days and we’ll see how it goes on Day 3.”

The pace spearhead, however, again shared that he will look to bowl at the nets on the third day of the Boxing day Test as well and will keep an eye on his injury. However, both teams are currently playing against each other in the third Ashes Test and Australia are leading the five-match Ashes Test series by 2-0 as well. If England want to stay alive in the series then they have to win the third Test.

“It’s probably more on feel this one, it’s a bit of an interesting one, it’s the intercostal in between the ribs, there’s a slight tear,” Josh Hazlewood signed off. “I’ve never had it before, I’ve had the normal oblique side strain, which is the common one, but we’re taking each day as it comes and we’ll make the decisions on basically how I feel.”

News
By SMCS - Feb 9, 2023
WATCH – Virat Kohli Drops Steve Smith In The First Session Of The Day 1 In The First Test