Veteran pacer Ashish Nehra has called the time over his cricketing career after the first T20I match against New Zealand in Delhi on November 1. He took this decision during T20I series against Australia, where he failed to play a match.

While talking to CNN, Nehra talked about various aspects of his cricket journey and thanked Virat Kohli and MS Dhoni. Also, he says Indian team is lucky to have both of them.

“It’s my own decision. Match on Nov 1 is in Delhi. There’s no bigger thing than to retire in your home town. When I was selected for this series, I informed Virat (Kohli) and coach (Ravi) Shastri that I think Bhuvi (Bhuvneshwar Kumar) and (Jasprit) Bumrah are doing really well. And that this is the right time for me to go,” said Nehra.

In his 18-year-long career, he played 17 Tests, 120 ODIs and 26 T20 International matches and still holds the record for the best figures by an Indian in the World Cup. He bowled a memorable spell of 6/23 against England in WC 2003 in South Africa.

On the question of his participation in the IPL, he replied “If I have decided something, there is no going back. If I retire, I won’t even play the IPL.”

Thus, if selected, today will be his last day playing competitive cricket. 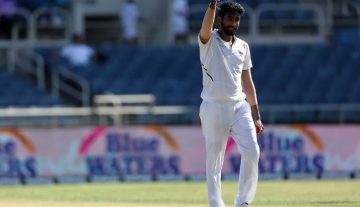