On Friday (September 21), India and Bangladesh are going to meet in their first game of the Super Four stage in the ongoing Asia Cup 2018 in United Arab Emirates (UAE). In these days, India vs Bangladesh matches have been developed as the closer and exciting contests on the field.

The match will be played at Dubai International Cricket Stadium (Dubai) which has been made a hectic schedule for Bangladesh who has to be shifted from Sheikh Zayed Cricket Stadium (Abu Dhabi), where they just finished the final group stage game against Afghanistan on Thursday night (September 20).

The schedule has messed up Bangladesh’s all planning and they are not getting enough time for rest as they have to be available in their first Super Four stage game against India in just more than 12 hours later of their Afghanistan match finished.

Apart from this messed up schedule, some top Bangladeshi players are facing the injury scare. While the in-form opener Tamim Iqbal has been ruled out from the tournament, Mushfiqur Rahim, Shakib Al Hasan have some injury scares.

There is the full chance that the travel and the previous day’s Afghanistan clash can make them enough tired for this game. However, nowadays, the Bangladesh players’ seem mostly charged up on the field and it is expected that they will show some brilliant cricket on Friday too despite many odds.

Meanwhile, some important Indian cricketers (Hardik Pandya, Shardul Thakur and Axar Patel) have suffered major fitness issues and have been ruled out from the tournament. Though those replacements have been announced (Deepak Chahar, Siddarth Kaul and Ravindra Jadeja), but their availability for Bangladesh game is under big questions. It means India have only limited resources to feature in their opening encounter at the Super Four stage.

Earlier, India played back-to-back Group A matches against Hong Kong and Pakistan on Tuesday and Wednesday. So, most of the Indian players will not be much fresh prior to the Bangladesh game.

In overall, it is going to be an interesting contest for both the teams and both are desperate to start their Super Four stage journey with a crucial victory to get one step ahead to qualify for the final of the tournament. 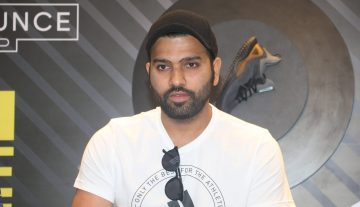