Cricket Australia (CA) is considering all the possible options in order to make sure that India’s tour later this year takes place. The tour is scheduled to commence from October 2020 to January 2021, but bue to teh coronavirus pandemic there have been certain clouds of uncertainity been hovering around the tour. In this scenario, CA doesn’t want to press the panic button and cancel the series.

In fact, Kevin Roberts, the CA chief Executive, has been considering the idea of conducting the Test series in front of empty stands. He said that CA is ready to have a detailed discussion with the Board of Control for Cricket in India (BCCI) and the players before coming to a conclusion.

As per the quotes in ESPNCricinfo, Roberts said, “At this point, we won’t rule anything out in terms of the Indian series. Along with the BCCI, the Indian players and their support staff, we want to stage a series that inspires the cricket world, whether or not there are people at the venue or not sitting in the stands. So, we’ll explore all viable options, many of which wouldn’t have been contemplated until now. We are in a different world where all of a sudden we’re being grateful for what we have rather than lament about things that we don’t.”

Due to the COVID-19 outbreak, Cricket in Australia has to suspended th ODI series against New Zealand after the first ODI at the iconic Sydney Cricket Ground. The 2020 Women’s T20 World Cup that the hosts won took place though without any hiccup.

Apart from the tour of India, CA has got into deeper trouble. The Men’s T20 World Cup is set to start in the mid of October and the doubts have been cast over the marquee event as well. But the International Cricket Council (ICC) is ready to wait before taking a final decision.

Earlier, Josh Hazlewood, the Aussie fast bowler, put forth the idea of multiple Tests at a particular venue and named the Adelaide Oval. On Monday, Josh said, “It’s obviously a last resort I guess. But I think if anywhere could do it, it’s probably Adelaide.” 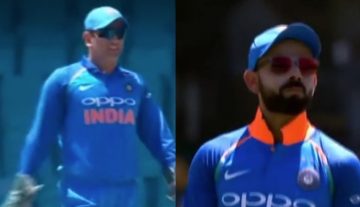