The Australian cricket team will be going back in history during the three-game Gillette ODI series as they will be seen donning the green and gold kits that Allan Border’s team was seen wearing during the corresponding one-day series against India back in 1986. The veteran pacer Peter Siddle is the only player in the team who was born when the kits were worn by Australia some 33 years ago. However, he acknowledged that he was excited when he saw what he will be wearing against India this summer.

Talking to cricket.com.au., Siddle said, “It’s pretty awesome actually. We found out the other day we were going to be in it, so the boys were a bit excited to get their pack and open up and check it out. Everyone is very impressed.”

Siddle last played an ODI match in November 2010, but because of his recent form with the white ball has earned him a recall in the national squad. He bowled with an average of 3.95 runs per over in seven 50-over matches for Victoria during 2017/18 JLT One-Day Cup and has already impressed in the T20 arena with the Adelaide Strikers in the ongoing season of the BBL.

Describing the same, Peter said, “It’s pretty amazing. I never really thought it’d come. To get another one-day game hadn’t even crossed my mind. I’m just as amazed as a young bloke getting his first call-up, that’s what it feels like. It feels like I’m starting all over again, so I’m very thankful.”

Australia will take on India wearing a retro ODI kit from the 1980s!

And while Siddle has shifted his focus towards performing well in the retro kit for Australia, he hasn’t ruled out wearing an extra accessory when the first ODI commences on Saturday.

Talking about his headband, Siddle said, “I might just pull out the headband. I’ll have to ask Zamps (Adam Zampa) to borrow one of his and go with the DK (Lillee) headband. We’ll see what we pull out on Saturday.”

The first ODI against India is scheduled to take place in Sydney on Saturday, with the series moving to Adelaide (January 15) and then concluding in Melbourne (January 18). A limited number of retro shirts will be available to purchase at the venue as well. 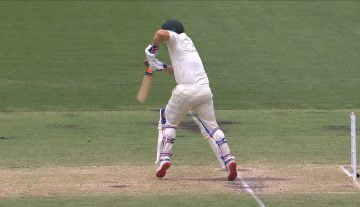