Pakistan is very hopeful to organise the international cricket regularly in near future. The country is now hoping that the big teams like South Africa and Australia will soon restart their international tour in Pakistan.

According to some recent reports, the reliable source in the Pakistan Cricket Board (PCB) revealed that the PCB chairman Ehsan Mani recently had a successful discussion with Cricket South Africa (CSA) officials on their international cricket tour in Pakistan.

The source revealed that the CSA is looking to restart their international tour in Pakistan in step by step.

It revealed, “Cricket SA officials have told Mani they will look into sending the South African under-19, A, women’s and senior teams to Pakistan over a period of time.

“Things are looking bright after the positive response of CSA with regards to getting more international cricket matches in Pakistan.”

The source also revealed that PCB is hopeful to organise a small part of the upcoming ODI series against Australia in March-April 2019 that has been originally scheduled in UAE.

Since the terrorist attack on the Sri Lankan cricketers in 2009, Pakistan’s home cricket has hugely suffered. While their home venue shifted in UAE, Pakistan had zero international matches until 2015. Since 2015, only a few overseas countries have played the short limited-overs international series in Pakistan.

Also read: PCB Will Have To Pay 60% Of BCCI’s Legal Costs On Compensation Dispute

In May 2015, Zimbabwe had the successful tour in Pakistan where they had played 3 ODIs and 2 T20Is. In 2017, Pakistan organised a total of four more international matches (three T20Is against World XI and one T20I against Sri Lanka). In 2018, Pakistan again successfully organised three T20I series against Windies.

Apart from this, Pakistan is also organising the small but very important parts of Pakistan Super League (PSL) where some foreign cricketers have agreed to play cricket in Pakistan and have enjoyed it too.

After Pakistan failed to organise the inaugural PSL in 2016, they organised only the final in PSL 2017 and the last three games in PSL 2018. Now, Pakistan has earned more opportunities to organize the tournament after their successful initiative as the country will organise the last eight games of upcoming PSL 2019, starting on 14 February 2019. 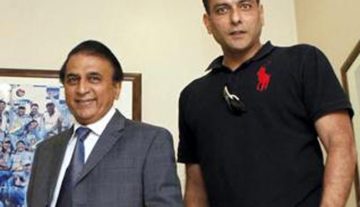