The third T20I and the final between India and Australia are scheduled to be taking place at the Sydney Cricket Ground on Tuesday. After a disappointing ODI series, the Indian team has made a strong comeback in the T20Is with two convincing performances. Hardik Pandya and T Natarajan have been in the form of their lives in Sydney as India registered their 9th T20I win on the trot.

Although it will be a dead-rubber, India will be eyeing for a clean sweep against the Aussies, who have been hit by a few injury concerns. In the absence of the likes of David Warner and Aaron Finch, the hosts were able to come up with a decent performance on Sunday. With Matthew Wade looking in good form at the top of the order, Australia will be playing for their pride in the final T20I.

Momentum is in the favor of the Indian team, but one cannot take the Aussies lightly, especially in teh conditions they are familiar with. With both teams looking to build towards the Test series with a win in this game, we should be in for a cracking contest.

Shreyas Iyer, Shikhar Dhawan, Virat Kohli, Aaron Finch, and Steve Smith have always been the prime contenders for fantasy cricket. Even, D’Arcy Short also is added in fantasy cricket and that will depend on the balance of the squad. Apart from them, there are some useful batsmen in the line-ups as well, like Mayank Agarwal, and Manish Pandey.

There are some really reliable all-rounders in both the teams but citing the pitch in Sydney, Washington Sundar, Hardik Pandya, and Glenn Maxwell seems to be the perfect fit. Apart from them, the good all-rounder for IPL fantasy cricket is Moises Henriques.

Both the teams don’t have decent bowling line-ups but they don’t have practiced a lot. Bowlers like  Adam Zampa, Mitchell Starc, Deepak Chahar, and Shardul Thakur become the obvious choices for the IPL Fantasy XI on the sticky track of Sydney. Apart from them, some crucial bowlers can be like, Navdeep Saini, Josh Hazlewood, and Sean Abbott. 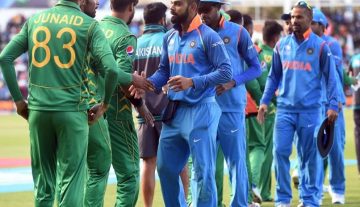