The Indian skipper, Virat Kohli has always known for being dramatic on the field. Be it during batting or fielding, he never shies away from launching verbal wallies at the opponents whenever the things start to get heat. However, his actions came under the scanner during India’s historic series against the Australian team in 2018-19.

Under the leadership of Kohli, India won a four-match series by a 2-1 margin in Australia. He became the first captain from the sub-continent to accomplish the feat. However, Virat also courted controversies with his on-ground confrontations with the home team.

There is no denying the fact that the Australian players have received a lot of heat in the past for being controversial on-field, but they condemned Kohli’s antics were not happy with Kohli’s behavior became evident in Amazon Prime’s new cricket documentary ‘The Test’. It has opened the lid on the Kangaroos’ private fury over Kohli’s on-field behavior during the 2018-19 series.

The Australian players had previously vowed not to confront Kohli in the series but the won in the second Test in Perth made their head coach Justin Langer change the stance. As shown in episode three of ‘The Test’, he asked his players in the dressing room at the Optus Stadium and decided to tackle the Indian skipper the way he prefers.

In the documentary, Langer was heard saying, “I remember that afternoon (feeling) like a punching bag. We can’t fight back because it felt like we had our hands behind our backs and we just had to take it. It just felt a bit double standards to me. Imagine if we behaved two out of ten (of) that.”

Australia Test skipper Tim Paine seconded Langer’s thought to say enough was enough. He said, “The plan was not to talk to him when he was batting when we were batting it’s kind of up to the individual what they want to do. I sort of just had enough and thought you also have to stand up for yourself and your teammates and that was one of the reasons I thought, ‘no, I’m the captain, it’s my turn, I have to stand up and show him we’re here for the fight’.”

In that Test in Perth, Paine found himself at the receiving end just after he had gone out to bat as Virat said, “If he messes it up, it’s 2-0. Who’s gonna talk then?”

Australia, who were trailing 0-1 at the time by losing the first Test in Adelaide, won the second match by 146 runs to level the series. India then went on to win the third Test in Melbourne and clinched the series after the fourth in Sydney ended in a draw after the visitors asked the hosts to follow on. 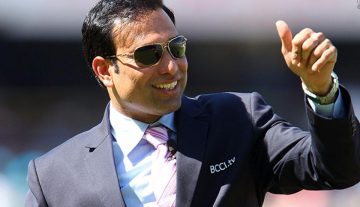