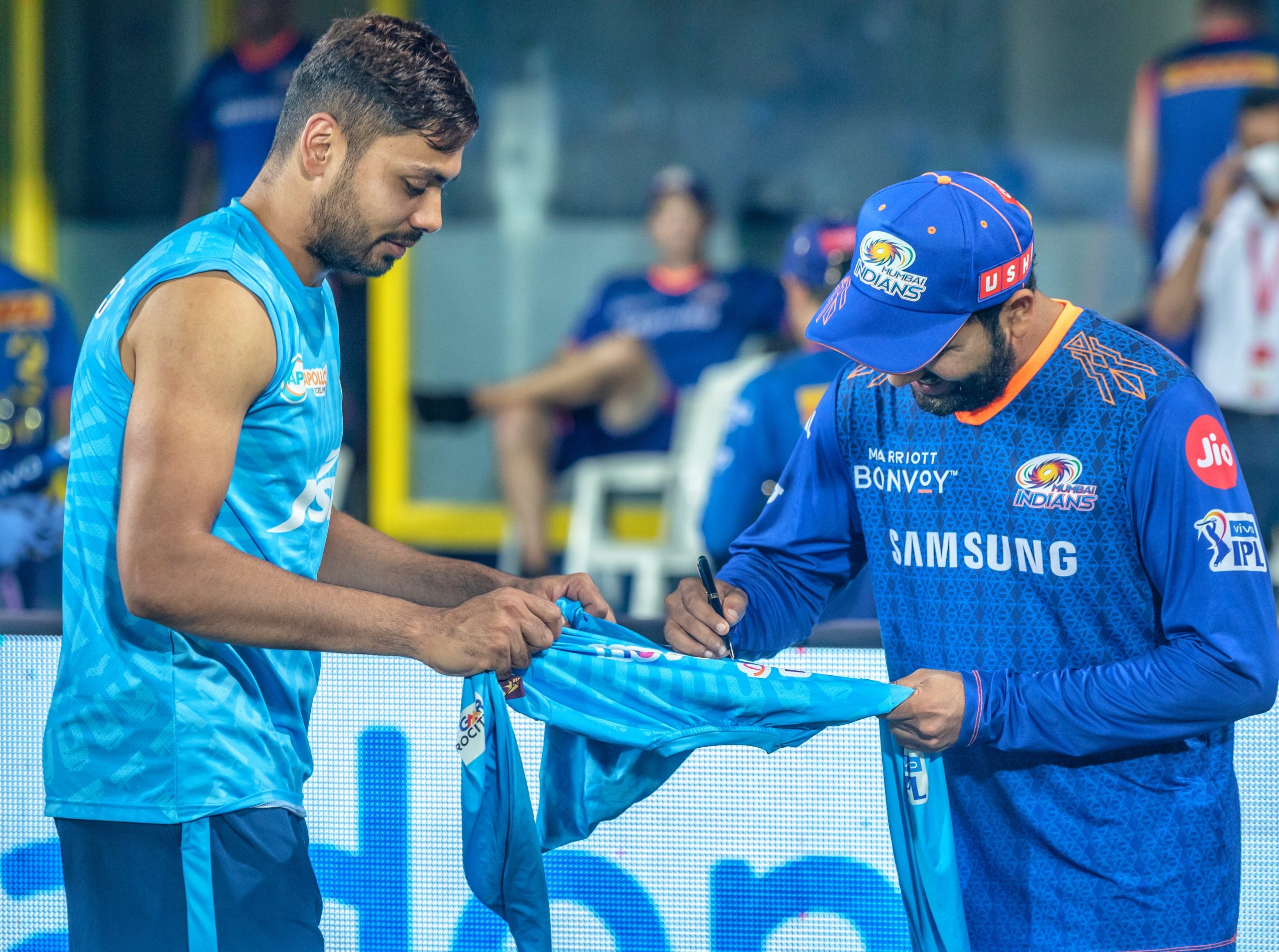 “The fanboy in Avesh Khan had to come out after the match,” tweeted the official handle of the Delhi Capitals franchise along with two pictures where Rohit Sharma can be seen signing a jersey for Avesh.

Notably, Delhi Capitals beat Mumbai Indians for the very first time in their last six clashes as Shikhar Dhawan’s 45 and Amit Mishra’s 4 for 34 helped them reach the target with ease. Meanwhile, Avesh Khan currently sits second on the wicket-taker’s list with eight wickets in his name. He also registered 2 for 15 from two overs in Tuesday’s match as well. He dismissed the key player Suryakumar Yadav and Rahul Chahar as Mumbai Indians were restricted to 137 for 9.

The fanboy in Avesh Khan had to come out after the match ✍🏼🤗#YehHaiNayiDilli #DCvMI #IPL2021 pic.twitter.com/Qfp32SwUS8

Meanwhile, Delhi Capitals chased the total in 19.1 overs where Steve Smith (33) and Lalit Yadav (22) did well with the bat. Earlier in the game, Rohit Sharma scored 44 off 30 and Suryakumar (24), Ishan Kishan (26) also contributed but a sudden collapse in the middle-order courtesy of Amit Mishra left Mumbai struggling to put up a huge total in their allotted 20 overs.

ALSO READ: Another Feather In The Cap Of MS Dhoni, Captains CSK For 200th Time

With this win, Delhi placed second in the points table with six points after the table-toppers Royal Challengers Bangalore, who also have six points but they are ahead on net run rate. On the other hand, Mumbai are placed fourth with four points from as many matches as well.

After the game, Rohit Sharma said: “After the start we got we should have batted better in the middle overs. It is happening time and again. We aren’t able to capitalize on our starts and we need to understand as a batting unit. But you have to give credit to the Delhi bowlers, they kept it tight and kept taking wickets. We knew dew would come in but we have seen that it’s not all that difficult to grip the ball in the last few games. Dew isn’t the factor, we need to play smart cricket to win games which we didn’t do today. [On his injury] It’s only a niggle. It should be fine.”

News
By CricShots - Aug 15, 2022
Ravindra Jadeja To Leave CSK Ahead Of The Next IPL Season?