Indian all-rounder Axar Patel bought a brand new luxurious Landrover Discovery. He revealed the car through an Instagram story. The Discovery is a premium SUV that is priced in the range of INR 40.57 lakh and INR 53.58 lakh.

Axar took to Instagram and uploaded a sAxar’tiry in order to give a glimpse of his new car to his fans. He had recently played for India in the ODI and T20I series against New Zealand. He claimed two wickets in the first T20I in Delhi that the hosts won by 53 runs.

Here is a screenshot of the image Axar put up:

Axar, who had twisted his ankle before the series-opener in Chennai, was included in the Indian squad for the last two ODIs of the 5-match series against Australia and dropped Ravindra Jadeja.

In the two ODI matches that he made an appearance in, Patel scalped 3 wickets. His performance against Australia in last ODI in Nagpur was good as he helped India win by 7 wickets by taking 3 wickets. 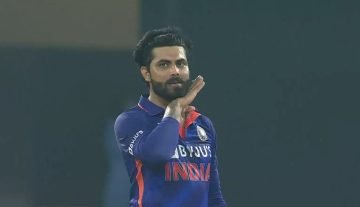