Under the captaincy of Shreyas Iyer, two-time IPL winners Kolkata Knight Riders (KKR) finished the Indian Premier League (IPL) 2022 with eight losses and six wins in 14 matches. The team saw different opening combinations during its inconsistent run as they also handed debuts to a bunch of players including Baba Indrajith, who was bought by the franchise for a base price of ₹20 lakh.

The Tamil Nadu player was the leading run-getter for his state team, with 396 runs in three matches, at an average of 99, with three centuries. But in his debut season with KKR, Baba Indrajith got to play just three games, where he amassed 51 runs before getting dropped from the eleven. He was ‘disappointed’ after failing to score in limited chances but learned from it as well.

Talking about the same Sportskeeda, Baba Indrajith said, “It was part and parcel of the game but after those three innings, it was difficult for me to get back to normal because I had to face a lot of things. I was disappointed that I was not able to get those runs in those three opportunities. But during that time, I learned a lot that – ‘Yes, we do try sometimes, but not every time things go the way we expect them to go. Sometimes these things happen. This might be a lesson.”

The 27-year-old Indrajith, who bolstered Tamil Nadu’s middle order after the retirement of S Badrinath, also spoke about earning praise from Ravichandran Ashwin. He revealed how the seasoned off-spinner texts him about his place in India’s Test XI but also mentions staying patient.

Recalling the same, Baba Indrajith said, “Look, when you get a compliment from Ravichandran Ashwin, who’s a legend of the game and one of the best all-rounders to have ever played, it feels good. I sometimes feel like, ‘OK, he sees something in me,’ so that gives me confidence.  so whenever I do well, he messages me saying, “You have a spot in Test XI, for some people, it takes time so keep working hard your time will definitely come.” Those kinds of compliments mean a lot to me.”

Baba Indrajith himself wants to get selected in the Indian squad and he is hoping that his consistent performance will help him to do so. He said, “And regarding my Team India ambitions, it’s definitely there. I have been doing well on the domestic circuit. I hope that somehow this year I can play for the Test team, let’s hope for the best!” 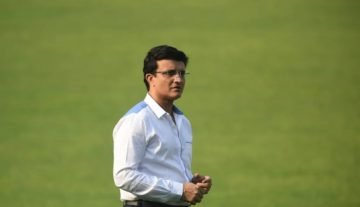