The Bangladesh player, Taijul Islam has joined an infamous list of players o have witnessed a bizarre dismissal in their cricket career. Bangladesh cricketer was dismissed hit wicket and the visual clearly displays that it is perhaps the worst way of getting out. The incident happened during the second Test match against Sri Lanka at Pallekele.

Bangladesh was in a spot of bother for losing too many wickets in regular intervals in the first innings. The visitors were batting on 251/9 on Day 3 and were still trailing the hosts by 242 runs. Earlier, Sri Lanka managed to post 493/7 and declared the innings.

The Sri Lankan skipper, Dimuth Karunaratne scored 118 including 15 boundaries. On the other hand, Lahiru Thirimanne top-scored with 140 with the help of 15 fours. Oshada Fernando and Niroshan Dickwella also played decent knocks of 81 and 77 respectively as Sri Lanka posted a humongous total in the first innings.

Sri Lanka scored 194/9 (declared) in the second innings. Taijul Islam took 5 wickets to his name for the visitors. Bangladesh eventually got bundled out for 227 and lost the game by 209 runs. However, Taijul Islam’s strange mode of dismissal was the talking point.

Facing Sri Lankan pacer Suranga Lakmal, Taijul played a regulation backfoot defensive shot. As it turned out, his left foot slipped out of his shoe. The 29-year-old accidentally pushed his shoe onto the stumps. His mistake brought an end to Bangladesh’s innings.

Here is how fans reacted to the dismissal:

What a way to be dismissed!

Bangladesh tail-ender Taijul Islam kicked his stumps with his foot as his shoe came off and was given out hit wicket against Sri Lanka. pic.twitter.com/PrirbBNEcp

Unusual dismissal in the Sri Lanka versus Bangladesh Test match when Taijul Islam was out hit wicket when his cricket boot came off #Cricket #SLvBAN pic.twitter.com/TqCcXa00gB

Suranga Lakmal is only the 2nd Sri Lanka bowler to dismiss a batsman [Taijul Islam] Hit Wicket in Tests. First was Muttiah Muralitharan – batsman Roland Holder at Kingstown in 1997. #SLvBD

Taijul Islam’s wicket was so Funny his shoes came off and got Hit wicket. #SLvsBang 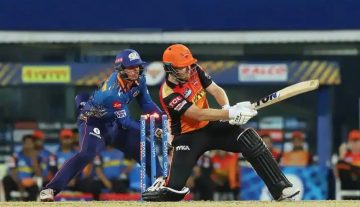