Wasim Khan, the Chief Executive of the Pakistan Cricket Board (PCB) earlier said that they have asked the International Cricket Council (ICC) to give a written assurance from the Board of Control for Cricket in India (BCCI), that the visas of the players would be cleared when they travel to India for the 2021 T20 World Cup and the 2023 50-overs World Cup.

The comment hasn’t gone down well with the BCCI as a board official from the world’s richest cricket board said that as per the rules, the government shouldn’t interfere with how the game is played.

On the other hand, the official opined that the cricket boards should also avoid interfering in how a government should run its country. Moreover, the official asked the PCB to give a written confirmation that there won’t be any terror attack in India.

ALSO READ: Cheteshwar Pujara Gets Inspired From Virat Kohli For His Look?

During a chat with Cricket Next, “Can the PCB give assurance in writing that the Pakistan government would ensure that no illegal incursions into India take place from the Pakistani side or that there’s no violation of the cease-fire or that no act of terror takes place on Indian soil originating in Pakistan or that no repeat of Pulwama type incident takes place?”

He further added, “The ICC mandates that there should be no interference of governments in the administration of the game and the corollary would be that a sports board doesn’t attempt to interfere with how a government functions. All I would say is that India is a wonderful country and acts in the most balanced way.”

Of late the PCB and BCCI are also at loggerheads regarding hosting the Asia Cup and the Indian Premier League (IPL). The Pakistan board said that it won’t be compromising on the multi-national tournament to accommodate the IPL. The Asia Cup is scheduled to get underway in September and if reports are to be believed, the BCCI is planning to host the IPL from September 26. 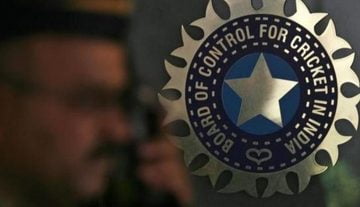