The Board of Control for Cricket in India (BCCI) secretary Jay Shah has announced that the board has decided to give a pay hike to the Indians domestic cricketers in terms of their match fees. Domestic players who have played more than 40 matches will now get INR 60,000 while Under 23 players will earn INR 25,000 and Under 19 cricketers INR 20,000.

It was also announced that cricketers who had taken part in the 2019-20 Domestic Season will be receiving a 50 percent additional match fee as compensation for season 2020-21 lost due to the COVID-19 situation.

ALSO READ: MS Dhoni Was Seen Having A Conversation With Ishan Kishan And Anukul Roy

The additional match fees will also be compensating for the reduced number of matches. Till 2019-20, the last Ranji season, each team was assured of at least eight First-Class matches. With the revised structure, the number of league matches has come down to five.

According to the PTI reports, a first XI player in a Ranji Trophy game gets INR 35,000 per day and a match fee of INR 1.4 lakh per game. That effectively means that a minimum of INR 70,000 per match could be the compensation amount.

At the moment, senior men domestic cricketers managed to earn INR 35,000 per match-day for Vijay Hazare Trophy as well while for the Syed Mushtaq Ali Trophy, the BCCI pays INR 17,500 per game. While these are the figures for playing members, reserves are paid half. 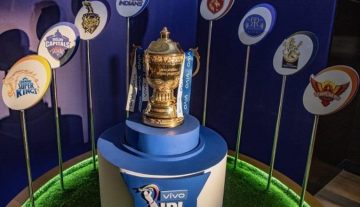