On Monday, the Emirates Cricket Board (ECB) has confirmed that they have received an official “Letter of Intent” from the Board of Control of Cricket in India (BCCI) to host the 13th edition of the Indian Premier League (IPL) in the UAE. In its press release, the ECB said they are waiting for approval from the Indian government to give final confirmation.

Explaining the same, ECB Secretary-General Mubashshir Usmani said, “We have received the (official) letter and now wait on the decision from the Indian Government which will ink the final deal.”

Emirates Cricket Board (ECB) confirms that they have received the official 'Letter of Intent' from BCCI to host the 2020 edition of the Indian Premier League (IPL).

Usmani said that both cricket Boards have been intensified their discussions with the relevant authorities, including their respective internal working-committees, for apt preparations for the tournament, which is expected to commence on September 19 according to the newly proposed schedule.

Explaining the same, Usmani said, “There are many factors which influence the operations and logistics of hosting what is the world’s most exciting, popular and lucrative tournament This is a massive movement of people and equipment and we now need to bring in the experts to discuss all aspects of UAE hosting the IPL.”

He further elaborated, “This includes the Abu Dhabi, Dubai and Sharjah Sports Councils, Abu Dhabi, Dubai, and Sharjah Tourism Bodies and the respective Government entities – such as the Police Forces and the UAE Ministry of Health and Prevention, all who have had strong, proven experience in such activities and we will work together to ascertain the best practices to support and deliver on a successful edition.”

The UAE had hosted the initial stages of the 2014 edition of the IPL as well, due to the General Elections in India. That experience will help them to host the cash-rich league this year, Usmani said. The IPL was initially scheduled to commence on March 29, but was postponed indefinitely due to the coronavirus pandemic, with the 2020 T20 World Cup also postponed due to the pandemic, the BCCI has decided to commence the IPL in the September-November window. 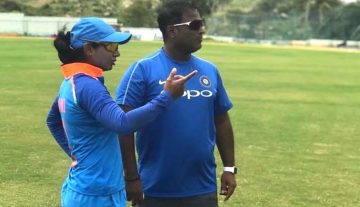