Recently India successfully hosted the first-ever Day-night Test at Eden Gardens in Kolkata where India thrashed Bangladesh with ease. However, it was only last year that India had turned down a proposal from Cricket Australia to play a day-night Test during their tour to Australia. Now, the Board of Control for Cricket in India (BCCI) has decided in its recently held annual general meeting that they would take up the pink-ball cricket seriously and will try to spread it to all parts of the country. The game saw players in white under floodlights, the jam-packed stadium which boosted the hope about Test cricket’s future. And the new BCCI chief led by former India captain Sourav Ganguly promised more day-night games in future.

“Yes, we got that passed in the governing body. Different associations will host the matches,” Ganguly said.

Seeing India’s successful maiden day-night Test, proposals have come from Australia again to make them play under the lights next year when India next tour to Australia. From former spinner, Shane Warne to current Australia captain Tim Paine all has asked for it, although India are yet to take a final call on it.

However, the BCCI president thinks about the viewership will improve from before if India play top Test sides with the pink ball. Australia have already played in six day-night Tests and have a complete dominance as they won all at home — and won all of them, including the just-concluded second Test against Pakistan in Adelaide by an innings and 48 runs. India’s next Test series at home, according to the current schedule, it is in January 2021 when they play England in five games. 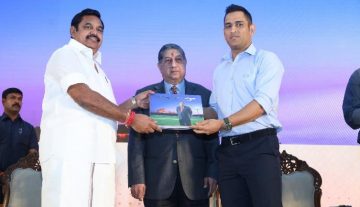