The Board of Control for Cricket in India are not happy with the International Cricket Council’s decision to organize two new world events in the 2023-2031 cycle. However, the ICC had sent a communication to all the member of boards for their interest to bid for global tournaments in the 2023-31 period which certainly hints that the schedule has been approved already.

However, the BCCI thinks differently as it feels the new cycle would affect bilateral cricket as well. Cricket Australia and ECB too think similar to BCCI in this matter. On the other hand, the ICC had proposed two new tournaments – a 10-nation T20 Champions Cup in 2024 and 2028 and two six-nation ODI tournament (Champions Cup) to replace the Champions Trophy, in 2025 and 2029 in the board meeting last year in October.

“What happens if none of the important boards express interest to host these tournaments? Where will the events be staged?” BCCI treasurer Arun Dhumal was quoted as saying by Hindustan Times. “The move has never been approved. If it was approved, why are they calling for expression of interest? These are two contradictory statements. They are seeking an approval now.”

“I don’t know why they are rushing into things when they know the ICC Board would be re-constituted after elections. Until there are proper deliberations, what is the point of sending this kind of communication?,” he added.

“This is no way to run an organisation. It’s an organisation where you should have consensus of members. When there are reservations expressed by important member boards, seeking consent in this form is not the right approach,” he further added.

The BCCI, CA and ECB all have their own leagues like IPL, BBL and The Hundred. The boards also feel the new schedule could hamper their leagues’ timing as well, and also said that the players’ workload will be hard to maintain. However, the next meeting of ICC in Dubai next month will see further decisions and clarifications on the new schedule as well. 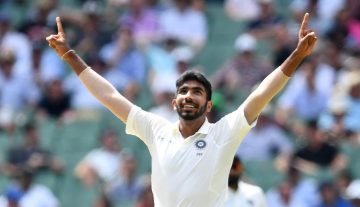