During a recent chat with AFP, a senior BCCI official suggested that the board will incur huge losses of around half a billion dollars if the 13th edition of the Indian Premier League (IPL) gets canceled without even considering cutting players’ pay. The cash-rich league has shown signs of its first wipeout in its 12-year history after the original March 29 start date was postponed repeatedly.

The BCCI treasurer Arun Dhumal had sai, “The BCCI is looking at a big revenue loss. In case the IPL does not take place, the loss would be close to 40 billion rupees ($530 million), or even more. We are not sure whether we will be able to have it this year. We will only be able to figure out the exact revenue loss once we are sure of how many games we have lost.”

ALSO READ: Kane Williamson Gets Praise From Virat Kohli For His Latte Art

The IPL brand value was estimated at $6.7 billion last year by the Duff and Phelps financial consultancy. Indian broadcaster Star Sports paid more than $220 million for five years of TV rights up to 2022. But the reports had suggested that the board was targeting $400 million of revenue in 2020 alone.

As an effect of an international lockdown, many national boards have been forced into cost-cutting. Cricket Australia has laid off most of its staff while the England and Wales Cricket Board has announced pay cuts. But Dhumal feels that they were hoping of having no pay cuts for players.

Dhumal explained, “That would be the last thing that we would want to do at our end. That is why we are working (on) how much is the loss finally we have to pay. The safety and health of our cricketers are paramount and any shred of doubt, we will not shy away from calling it off.”

Ther have been some clouds of uncertainty hovering around the upcoming edition of the T20 World Cup in October in Australia and India’s four-Test, three-ODI tour afterward. Dhumal has been quoted as saying that Indian players would be ready to go into a two-week quarantine before the tour. But he told AFP this would only apply if the World Cup gets canceled. 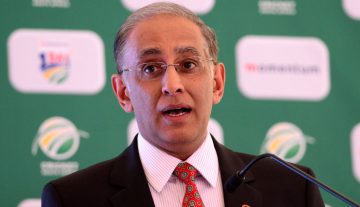