Two former BCCI officials, who still play a crucial role in policy matters of the board, India should not play Pakistan in the upcoming World Cup these statement comes in the wake of the Pulwama terrorist attack.

As per the quotes in the Indian Express, former BCCI secretary Sanjay Patel said, “How can you expect India to play Pakistan at the time we have lost so many of our brothers in these cowardly terrorist attack. I am of the firm view that India should not play Pakistan in the coming World Cup.”

Shukla said, “I’ve always said that sport is above politics but now it will hamper sporting ties too, not until Pakistan-sponsored terrorism is stopped.”

Patel also explained that the decision-makers of the BCCI should take into account the prevalent mood in the country. He added that the clout India has in world cricket allowed BCCI and the Committee of Administrators to take any step they deemed fit.

He further added, “If we play the World Cup, then it’s clear that game is bigger than the country’s image. For me, India is first and it’s not only me who has such a sentiment. Ask any Indian now, and they will be of the same view. Cricket will only take place if terrorism is stopped. I hope the current COA and BCCI takes note of it. There is always a limit to everything and this time all limits have been crossed.”

Patel referred to the recent decisions taken by Cricket Club of India (CCI), Punjab Cricket Association (PCA), IMG-Reliance and Dsport prove that the popular sentiment in India that people don’t want any relationship with Pakistan.

ALSO READ: R Ashwin Expects Some Permanent Solution For The Attacks Like Pulwama

On the other hand, veteran off-spinner Harbhajan Singh also expressed his views on the same line, as he reckons that India should boycott Pakistan in the upcoming ICC World Cup 2019 as a mark of protest for the ghastly Pulwama attack.

As per the quotes in Aaj Tak, Harbhajan said, “India should not play Pakistan in the world Cup. India is powerful enough to win the World Cup without having to play Pakistan. The attack that has happened, it was unbelievable and it’s very wrong. When it comes to cricket, I don’t think we should have any relations with them otherwise they will keep treating us like this. Country comes first and we are all standing behind our country. Cricket or hockey or sports, it should be kept aside because this is a huge thing and repeatedly our soldiers are killed.”

However, the Indian team will be facing a tricky situation in the showpiece event. Even if they boycott Pakistan in the group stage, they can meet them in a semi-final or final game. When asked about that, Harbhajan said India can cross the bridge when it came to it in that case.

Harbhajan further elaborated, “We are too small to discuss what needs to be done – there are big people sitting in power who can take a call. What happens if we have to play Pakistan in the semi-final or final? There’s plenty of time for June-July. The people in power will need what to do. But nobody can harm India. What happened in Pulwama is tragic. We are safe today only because of our defense forces.” 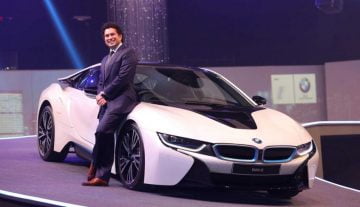