The acting president of the Board of Control for Cricket in India (BCCI) CK Khanna alleged secretary Amitabh Chaudhary to arbitrarily pick the venue for the historic Test match against Afghanistan, which BCCI announced to be played in Bengaluru from June 14-18 in 2018.

In his mail to the Committee of Administrators (CoA) and BCCI CEO Rahul Johri, Khanna advised them to hold a meeting, where they can discuss India’s future tour program apart from the venue of this fixture.

“… I write to you not about the selection of the venue but about the process involved. You are well aware that the decision with regard to allocation of matches lies with the Tour, Programme and Fixtures Committee of the BCCI. The decision with regard to the venues of the entire home season (2017-18) of Bilateral Cricket had also been taken by the meeting of the Tour, Programme and Fixtures Committee held at the ITC Sonar, Kolkata,” he wrote in his Email.

Meanwhile, Chaudhary told Indian Express regarding the same case “At the last SGM, the matter of India-Afghanistan Test match came up and it was a unanimous view of the whole house to ensure that Afghanistan when it makes its debut in Test cricket, it does so on Indian soil. In keeping with the friendship and cricket bond between the two countries, the general body had expressed its will. The general body supersedes any committee.”

“Now the fact is that there were also other countries that wanted Afghanistan to make its debut in their respective countries. If we had waited for formalities, the initiative would have been seized by any of those countries,” he further added.

“That’s why, to carry the will of the house of ensuring that Afghanistan plays its first Test on Indian soil, it was decided to get in touch with them (ACB) and call them for a meeting, which was yesterday. And once we agreed, we announced it to the whole country.”

Chaudhary mentioned that soon a meeting will take place to discuss this issue “Insofar as the Tour, Programme and Fixtures Committee is concerned, we are going to call a meeting of the Committee soon and put it up for ratification.” 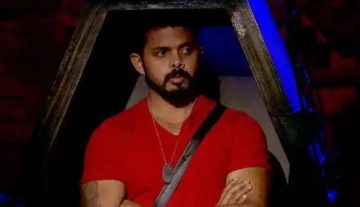