November 22, 2019, will be the historic day as the first-ever day-night Test match will be played in India at the Eden Gardens in Kolkata between India and Bangladesh. BCCI President Sourav Ganguly is trying his best to make the Test successful. The Indian players have already seen practising with the pink balls under the lights. However, Rahane and Rohit expressed that the biggest problem was that the ball will move off the pitch and in the air. Sourav Ganguly has assured that Eden Gardens will provide a sporting wicket for the first-ever day-night Test between India and Bangladesh on November 22.

“It will be a good wicket. It all depends on how the curator prepares the wicket,” Ganguly was quoted as saying by Hindustan Times.

Read here: Mohammed Shami Has Plans for Every Batsman

The former India captain, as well as BCCI Chief,  has also explained that the newly produced SG pink balls are different from the usual Kookaburra ones that are used in Australia. This is even different from the Dukes that is used in England and he thinks spinners will play a huge role in the upcoming game.

On the other hand, Sourav Ganguly has made sure the first-ever day-night Test in India will be played smoothly. Even they have plans to invite all the former Indian Test captain and felicitate them during the breaks of the match. He also invited to the historic occasion are Prime Minister Narendra Modi, West Bengal Chief Minister Mamata Banerjee and Bangladesh Prime Minister Sheikh Hasina to be part of the history. Sourav Ganguly has also promised it to be a full house at Eden too. 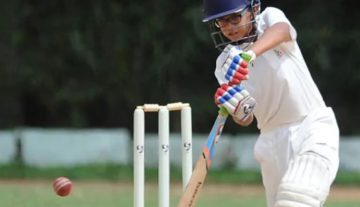