BCCI has released 5 Indian cricketers who are all set to take part in the Asia XI side that will take on World XI in two official T20 matches in Bangladesh. The news was confirmed by BCCI joint secretary Jayesh Geroge. The matches will take place in March next year as a part of celebrations to commemorate the birth centenary of Bangabandhu Sheikh Mujibur Rahaman, the father of the nation. Although there has been no news who those 5 cricketers from India will be. On the other hand, Pakistan cricketers are not going to feature in that Asia XI team.

“There were some discussions in this regard during the Pink Ball Test in Kolkata. It looks unlikely that India and Pakistan players will feature in the same Asian XI team. It will depend on Sourav as he will have discussions with the Bangladesh Cricket Board,” George told PTI on the day.

The T20 matches will be held on March 18 and 21 in Dhaka. At the same time when South Africa will tour India for an ODI series. Even the third match of that series is clashing with the first Asia XI match. Both India and Pakistan have not played any bilateral series for the past seven years and the relationship could turn worse after Ehsan Mani’s comment that Pakistan is a safer country than India for touring teams.

“We have proved Pakistan is safe, if someone isn’t coming then they should prove that it’s unsafe. At this time, India is a far greater security risk than Pakistan,” Mani told reporters in Karachi. “No one should now doubt security arrangements in Pakistan after successful Sri Lanka Test series. This is a turning point for revival of Test cricket in Pakistan. Media and fans played an important role in portraying positive image of Pakistan worldwide,” Mani had said recently. 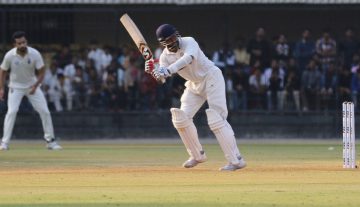