The pandemic outbreak of the Corona Virus has affected the globe massively. All the Sporting associations and bodies are incurring a massive loss on their revenue because with all activities canceled.  BCCI is planning to play more bilateral series against smaller cricket teams. This decision is expected to help BCCI to recover from the financial losses amid the ongoing coronavirus pandemic.

BCCI secretary Jay Shah has reportedly assured the ICC during a meeting last week.  Saying that BCCI will be drawing a solution to FTP restructuring and help other cricket boards to generate revenue. India will also honor each of their bilateral tours once cricket resumes. These tournaments are rumored to take precedence over the mega-events like the Asia Cup and ICC T20 World Cup.

ALSO READ: Shubman Gill Reveals All His ‘Favorites’ Amid Lockdown on Twitter

Hindustan Times quoted a BCCI official saying, “India will look to honor each of those commitments, as soon as we can.” BCCI might also add a few more matches to their current home calendar. The BCCI official said, “While we know that India can’t possibly tour every other country in a short span of time, it is possible to add matches to the existing home calendar and help other member boards out by covering current losses.”

India’s apex cricketing body, the BCCI  is one of the richest cricket boards in the world.  It also seems like the BCCI The T20 World Cup is not on their priority list. BCCI’s expected revenue from the ICC tournament is Rs 60-90 crore. However, it amounts to nearly the same revenue a single home match/series fetches BCCI which is approx Rs 60 crore.

The Australian government has sealed its border for six months amid the Corona Virus crisis. The deadline for the same is the end of September. With the ICC T20 World Cup event slated in October, The lockdown has raised doubts over the same. The upliftment of the ban on the travel restrictions and allowing fans inside the stadiums are also a few concerning issues.

“Is the ICC serious when it expects eight venues to be available to them for a World Cup in October? Will all governments permit outbound travel in a sixteen-nation world event? Cricket Australia is thinking of holding multiple Test matches in a single venue for India’s tour in December. How will they arrange eight venues for a World Cup ?” the official asked. 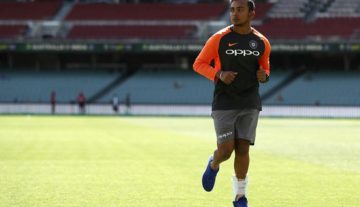