The 53-year-old former Indian opening batsman WV Raman, Woorkeri Venkat Raman, has been appointed for the head coach role of Indian women’s cricket team. This decision has been taken after the conclusion of Thursday interview of the shortlisted candidates.

According to some reports, BCCI has received 28 applications for this role. Prior to the Thursday interview, BCCI shortlisted 10 names for the interview, including Ramesh Powar. The BCCI organised a three-member ad-hoc committee to take that interview. That committee was comprised by the former Indian cricketers Kapil Dev, Anshuman Gaekwad and Shantha Rangaswamy.

After the end of the interview, the ad-hoc committee decided three names for the head coach role in the order of preference – 1. Gary Kirsten, 2. WV Raman and 3. Venkatesh Prasad

However, Kirsten becomes ineligible for that role due to the Conflict of Interest as per the BCCI constitution as he is already playing the role of head coach of the Indian Premier League (IPL) team Royal Challengers Bangalore (RCB). Hence, BCCI has decided to appoint WV Raman as the new head coach of Indian women’s cricket team.

Talking about the interview process of the shortlisted candidates, Anshuman Gaekwad revealed, “Even as there were several questions asked to the candidates, a few basic questions involved were coaching credentials, why they are interested, how do they plan to take the team forward and how many languages they can communicate in. We then also asked them about their expectations, what kind of support staff they would be needing etc. On the basis of that, we came up with our decision.”

Raman was the former Tamil Nadu cricketer who played 132 first-class matches and 87 List A matches between 1982/83 and 1998/99. The left-handed opening batsman made his international cricket debut for the Indian cricket team (men’s) in January 1988 and played 11 Tests & 27 ODIs till January 1997.

Raman’s first international assignment will be the tour of New Zealand where the Indian women’s cricket team will play the three-match ODI and three-match T20I bilateral series respectively against the hosts from 24 January to 10 February 2019. The ODI series will be played under the 2017–20 ICC Women’s Championship where the Indian women’s cricket team is currently at the fifth position with eight points in nine matches. The both ODI and T20I squads are likely to be announced on Friday (December 21) in Delhi where the ODI captain Mithali Raj is likely to be present. Meanwhile, the T20I captain Harmanpreet Kaur is also likely to be present in the meeting through Skype. 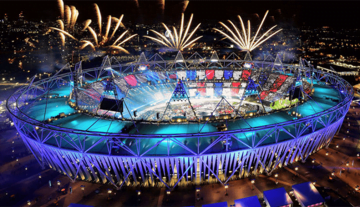