The England and Wales Cricket Board (ECB) has announced the 16-member ODI squad for their upcoming Sri Lanka tour. The all-rounder Ben Stokes and the opener Alex Hales have been selected for this tour.

The England cricket team will begin their Sri Lanka tour with the five-match ODI series, starting from October 10. Among the five matches, three will be day/night encounters and two will be day encounters.

While Eoin Morgan will lead the English ODI side as usual, whose team recently won the three-match home ODI series against India (by the 2-1 margin), Ben Stokes and Alex Hales have been selected who have been charged by the ECB with bringing the game into disrepute.

Both were involved in a brawl incident outside a Bristol nightclub in September 2017. They will have to attend a CDC (Cricket Discipline Commission) Disciplinary Panel Hearing on December 5 and 7, 2018.

Coming to the ODI squad, both Curran brothers, Sam Curran and Tom Curran have been selected also. Sam won the joint Player of the Series award in the recent five-match home Test series against India while Tom missed entire India’s tour of England due to injury.

The 24-year-old right-arm pacer Olly Stone has earned his maiden international call-up. Meanwhile, Liam Plunkett has been also selected in the squad but will be available for the last two ODIs of the series as he is getting married between these periods.

Prior to the ODI series, England will play two 50-over warm-up matches in back-to-back days (October 5 and 6) against the Sri Lanka Board XI. 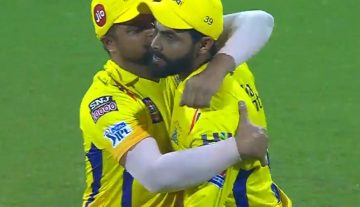